Whenever I speak to anyone new they never fail to pick up my “interesting accent.” Liverpool, Birmingham, they wonder? Nope I hail from the Black Country.

The Black Country is so called because of its massive part in the industrial revolution, the mining industry and its working factories that produced the infamous smog, dirt and dust.

So it’s fair to say that generally speaking, people don’t associate green spaces, fields and parks with where I come from.

Well actually I was fortunate enough to grow up on a lovely street adjacent to a large field, complete with a pond, bowling green, leisure pavilion and woodlands.

As a kid we would meet our friends “over the field” and spend hours playing outdoors in all weathers – something that kids today probably don’t do enough of. There’s too many iPads and X boxes keeping everyone inside.

Anyway. I’ve always had such fondness for these fields by my parents house. I ran round there when I started to keep fit, I played football with teenage friends and my son first toddled on grass over there too. And – most magically – my fiancé proposed to me in the middle of my special fields.

Everything has changed though now. And not for the better.

Sometime earlier this year, before I had my daughter, some youths had gotten up to mischief near the pavilion and so to prevent further damage the entire fields were shut off to absolutely everybody.

Dog walkers, runners, families with children, the elderly who got their exercise from gentle strolls – all cut off from this rare green space in Bentley.

I went there today to see if I could – for the first time – take my baby daughter round the field in her pram. 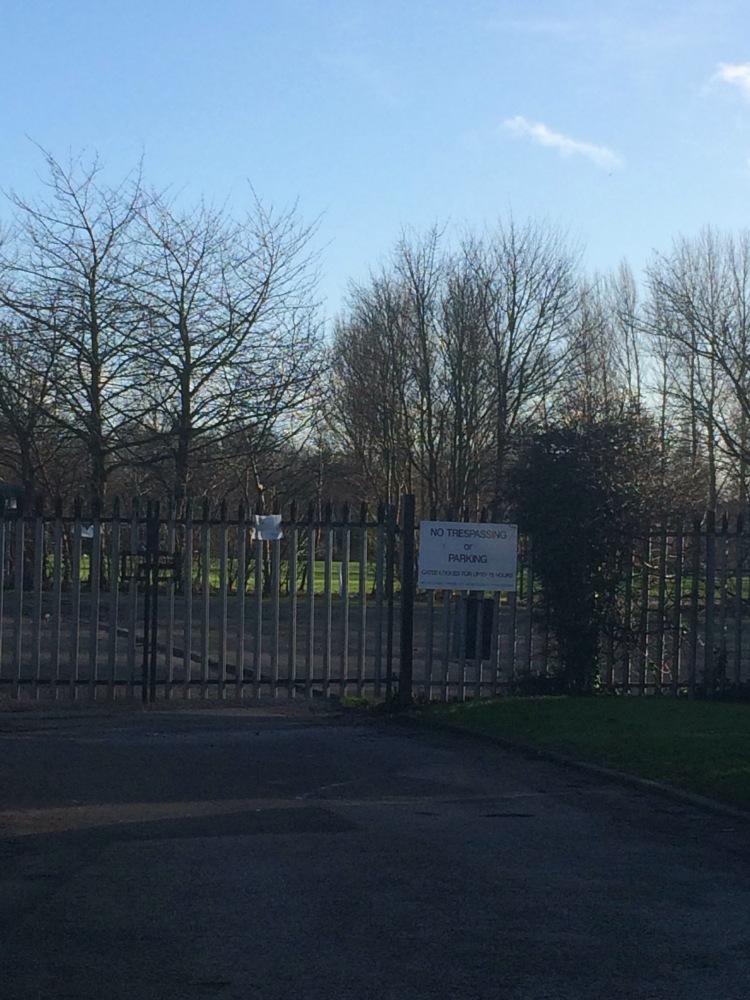 What was once a free space for all is now out of bounds – prohibited to us ‘trespassers.’

You may think I’m overreacting but I find this incredibly sad and such a negative sign for the future.

Life isn’t like it used to be. I’ve noticed that. If we are cutting off access to spaces of nature we may as well give up caring about the environment altogether and just let the fields be used for paying football teams and so on or sold to estate agencies.

But Mother Nature won’t thrive on money. She thrives on care and attention and life from those who enjoy being in and looking after her spaces.

I’ve contacted Walsall’s local MP but no action has been taken. Perhaps they cannot see how their decision to cut off an area because of a few yobs is impacting an entire community.

We don’t have many green spaces it’s true, so why not take care of and fight for the ones we do have? When generations to come ask us why our land is filled with only buildings and roads we will only have ourselves to blame.

Love nature. Love our spaces. No matter how small.

One thought on “Green space needed! ”