It was such a surreal moment.

The heat of the lights, the wires threatening to tangle my feet, the gaze from the singer as he altered his microphone so I could see his lips. As my smile met his I began to sign as he sang.

There’s no denying, it was the hardest gig I’ve ever done. And I’ve performed at a lot of venues; theatres, concert halls, outdoor festivals, community centres… But this was the first time I’d worked with a live band. And a real life, spontaneous-moving-in-the-moment singer.

I’m used to pre recorded music, shooting videos and working solo on stage. But this was waaaay out of my comfort zone. So when Sencity asked if I’d be a ‘sign dancer’ for Balkan style band Gypsy Hill, I was excited but terrified too.

Sencity is a multi sensory music gig, set up in 2003 originally for the deaf community but now prides itself on being a mainstream event that incorporates sensory experiences such as an aroma disc jockey, illuminated floors and sign dancers such as moi.

The event itself was part of the Open Senses festival, attracting both a hearing and deaf audience with two bands including Gypsy Hill playing on the night. (The other was New Town Kings.) 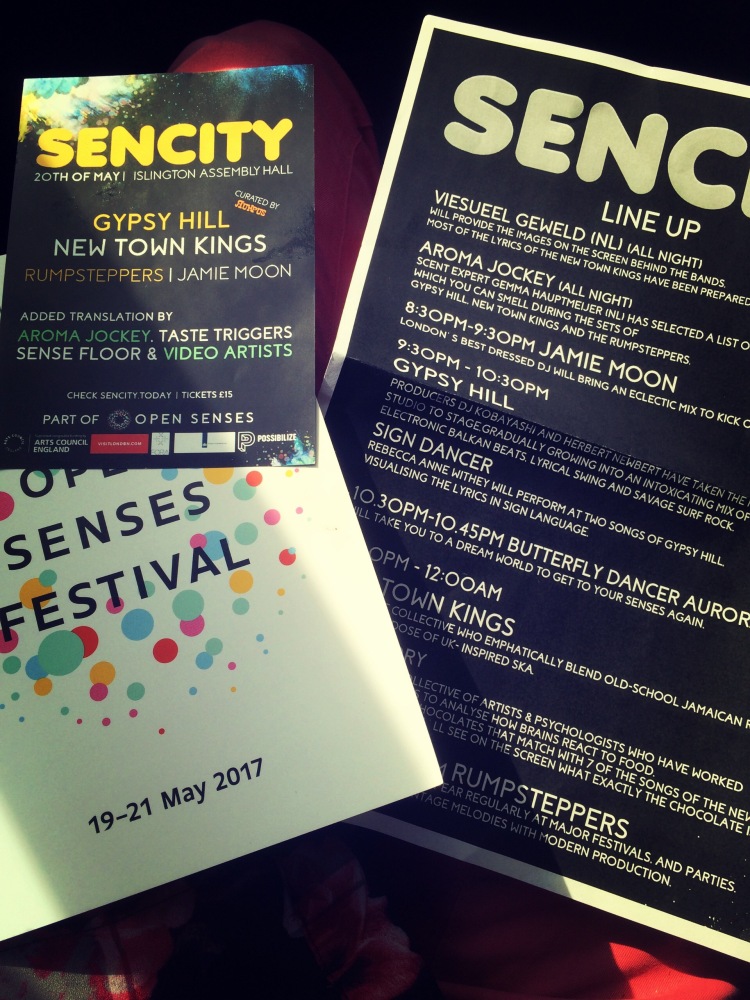 Gypsy Hill mostly play songs without lyrics but they had three pieces in their hour long set that had words. My task was to translate these into sign language / movement.

The songs themselves were beautiful but each one very different in style, rhythm and sound. I couldn’t hear the music at home at all so I asked my friend/communicator to film herself lip syncing and beating the pace of the whole song. I used this to rehearse with.

Visually the rhythms came to life and I could imagine how the songs may sound. Lyric wise, there were a lot of puns, plays on words and lengthy English grammar that meant I had to write out the whole songs again in a visual/BSL structure which would hopefully make more sense to a live audience.

(My beloved music stand and lyrics below)

Rehearsing at home was one thing, the sound check was another. I met the band without an interpreter (eek!) and discovered they had never worked with a signer before so this was a new experience for both of us. However, they were warm and approachable and our shared passion for music made me feel connected despite me using my hands instead of my voice.

Sound checks are notoriously hurried when there’s more than one band and time is pressing. So I was able to go just through two songs and get a sense for how they felt on stage. With speakers and live instruments beside me I felt bombarded with vibrations and noise; but on the slowest songs I could pick out the lulling voice of the singer which I loved the most.

The band were so enthralled to have a signer on stage that they asked me if I could sign another song which I was unprepared for. “It’s only three verses” they said 😊 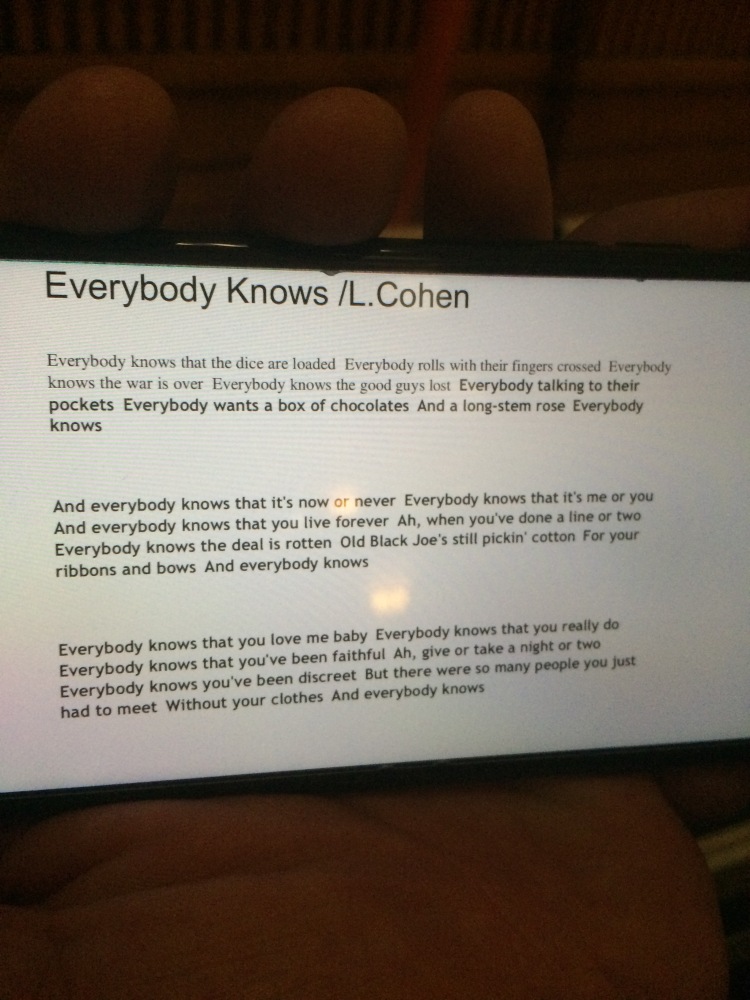 Trying not to panic as there was only 30 minutes till showtime (how could I possibly squeeze another song in my head?!) the stage manager suggested I have the lyrics on stage as a back up and given how gorgeously thought-provoking the lyrics were, I agreed.

There was an interpreter present for the sound check but for everything else on the night I was going in alone. It was just me and the band. The lead singer was aware of how I would be following his lips and he was considerate to remember this throughout his performance.

Still, it was scary. It felt like free falling through a song, I was never sure where the singer may ad lib, slow down or add in extra words (they always do – they’re in the moment!)

That’s the risk when anything is live –  the unpredictability. And as a deaf performer I usually rehearse music to the death to ensure I’ve absorbed the song and it’s intricacies.

Here, I was vulnerable. But gosh, was it thrilling.

Not knowing when to enter and exit the stage for my songs, The DJ of the band DJ Kobayashi was my cue. He knew I wouldn’t hear him announcing me so each time he would turn to where I was in the wings and let me know when my spot was coming up. For all of my songs apart from the newest one I was centre stage, signing whilst simultaneously trying not to knock the guitarist or get hit by the jumping trombonist.

The audience were able to feel the music too given the unique vibrating dancefloor. It pounded out the rhythms like you wouldn’t believe. Excellent fun but not so much if you’re holding a drink…

Overall, it was a great experience and has given me a lot of encouragement when it comes to pursuing more work with live musicians and at mainstream events. Sure, I can’t hear music. But I can darn well feel it and I adore expressing it.

So let’s have more sign performers onstage and normalise the experience of seeing a signer with a band. Hearing, deaf – it doesn’t matter. We are all artists after all, free falling in one way or another 😉