It’s a concept I’ve personally known to be true since… Forever. Deaf people can dance. The ability to hear does not directly affect the ability to be rhythmical. Rhythm comes from within. Every good dancer knows that.

So imagine my delight to find that vodka brand Smirnoff were launching a new inclusive campaign to celebrate diversity and equality for deaf people. Featuring dance, of course. 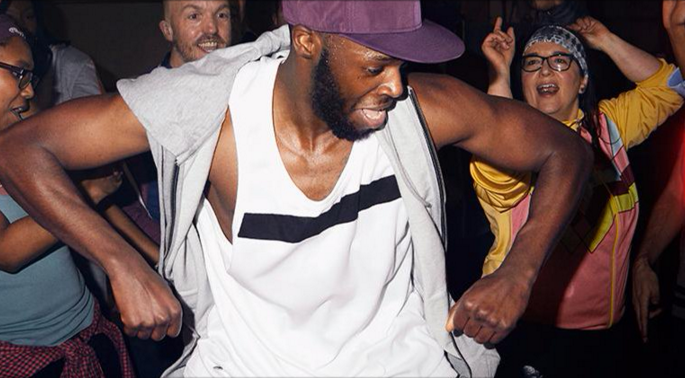 Those already on the deaf dance circuit may recognise Chris from his time in the deaf dance crew Def Motion and also as a solo freestyler across the country. So Smirnoff did a great job by choosing an authentic deaf dancer who lives, breathes and sleeps dance to lead this campaign.

Armed with catchphrases such as “we’re all equal on the dance floor” and “dance is a universal language,” Smirnoff employed a group of deaf actors and dancers to work with Chris to demonstrate that we are all more than able to hold our own on the dance floor.

I was fortunate enough to be involved as a studio dancer and despite street dance not really being my ‘thing’ I thoroughly enjoyed coming together with other deaf dancers to enjoy the power of movement.

Dancing alongside me were a real mix of talents including film maker David Ellington, freelance media creative Fifi Garfield and actor Will Lewis. None of these were classically trained in dance but all passionate about performance and with a natural talent for getting funky.

“I am not a pro dancer and emailed them to let them know that I am an ok-ish dancer and she says that’s the whole point – to see all of us having fun dancing.” Fifi Garfield

“It was a significant moment for Deaf people and I had to be there. The exposure and impact on mainstream was not be missed.” Will Lewis 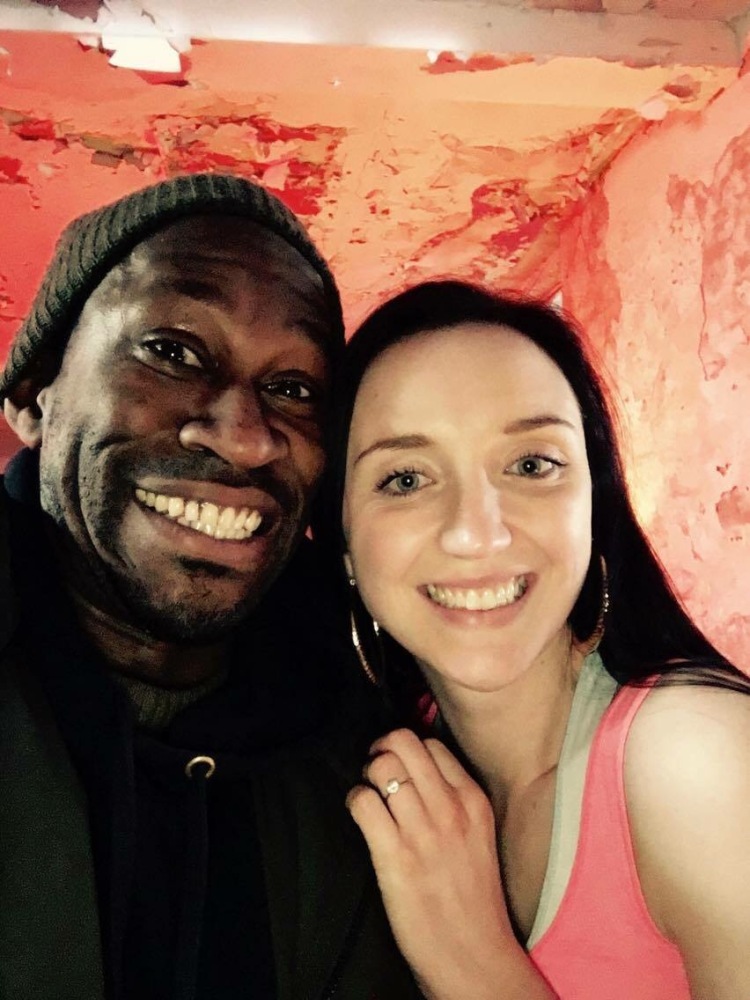 You may have already seen the commercial as its been launched on British television and soon will hit the United States. The billboards have been dotted across the country, with exposure for deaf dancers at the highest it’s ever been.

On Facebook and Twitter the #deafdancers hashtag is trending and on Smirnoff’s tumblr site there’s a whole list of images and moving GIFs taken from the shooting day. The response has been mostly positive, with only a few select comments asking about the authenticity of the deaf dancers and whether or not the whole thing was staged…

Well, truth be told there were indeed some non-deaf dancers involved (some of which are awkwardly featured on GIFs with the hashtag #deafdancer) but most were either CODAs or had their own unique connection to sign language and the deaf community. Sure, there were a couple of hot hearing dancers just thrown in for good measure but this is TV after all.

That said, I feel that Smirnoff missed a trick by making out that it’s a dance group made up of entirely deaf dancers. Seeing as Chris was the teacher and deaf himself, would it not be more impressive to show the truth – that this was a deaf dancer teaching a routine to hearing people too? Would it not be more powerful to demonstrate how his deafness does not limit him to only teaching deaf people but his dance ability overcomes all?

Because that is what really happened. Chris, a very talented dancer taught us – group of mostly deaf and some hearing dancers – a routine and we all danced. Together. As equals.

But I get it, maybe the world isn’t ready to see that yet. That’s probably why Smirnoff mention in one of its interviews the cringe worthy notion that deaf people feel the vibrations; a statement I’ve always disliked because it creates the assumption that we feel things wherever we are with some kind of superhuman power.

Deaf dancers at Gallaudet University recently reported that they learn rhythms by repetition and rehearsals. Nyle DiMarco, a deaf model currently starring in Americas Dancing with Stars also stated he stays in time by visual cues and memory. And as a dancer who trained classically at University with a profound deafness, I can attest that this is true.

That bugbear aside, the ‘We’re Open” campaign is a fantastic opportunity for working deaf actors and dancers to come together and showcase their talents.

Whilst the nitty gritty details of the commercials tag line and selling point may not be entirely true, I believe the truth is even better. In this day and age deaf people can dance but also… Deaf people can teach. Anybody. Deafness aside.

I take my hat off to Smirnoff for sourcing real deaf talent and I applaud Chris Fonseca, the star of the campaign, for his enormous achievement and talent. I sincerely hope this will be the start of more mainstream opportunities for deaf dancers and also for more misconceptions to be  quashed.